On the occasion of his 70th birthday 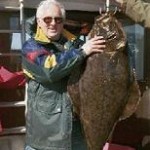 On the occasion of his 70th birthday. 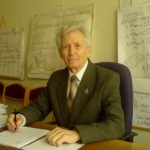 On the occasion of his 60th birthday.

Joseph Semenovich Krasil'shchik was born on February 10, 1948 in Moscow (USSR).

He attended one of the best Moscow high schools with specialization in Physics and Mathematics. The school (#52) had rich ties with Moscow State University and he entered its Department of Mechanics and Mathematics in 1966 after graduating the school with honors. Among the department faculty at that time there was a number of excellent mathematicians: Kolmogorov, Manin, Arnold, Novikov, Kurosh, Gelfand to name but a few. In the university Krasil'shchik specialized in geometry and topology under the direct of A.M. Vinogradov. He graduated from the university in 1971.

Being an active member of the famous Vinogradov’s seminar, he followed his mentor when the latter switched his scientific studies to applications of algebraic topology and differential geometry to differential equations. And it became the principal area of research for Krasil'shchik ever since. He made a considerable contribution in the field.

From the very first papers till now a subject of constant interest of Krasil'shchik is the algebraic aspects of differential calculus. His works in this field include Hamiltonian formalism in (super)commutative algebras; algebraic study of differential equations; generalization of the δ-Poincaré lemma; algebraic theory of Frölicher-Nijenhuis, Richardson-Nijenhuis, and Schouten brackets.

Joseph Krasil'shchik and his teacher and collaborator Alexander Vinogradov are the principal founders of the nonlocal theory in geometry of differential equations. The central notion of this theory—a covering—is a key to decipher the structure of Bäcklund transformations, zero-curvature representations, Miura transformation, recursion operators, nonlocal symmetries, conservation laws, and Hamiltonian structures, Estabrook-Wahlquist algebras, etc.

In 1972–1989 Krasil'shchik worked as a Researcher at the All-Union Institute for Scientific and Technology Information (USSR Academy of Sciences). There he obtained his Ph.D. degree in Information Science. Yet the institute loose discipline allowed finding time for studies in abstract mathematics. Krasil'shchik publications of that period dealt with hamiltonian cohomologies of canonical algebras and nonlocal symmetries. These articles laid a foundation for his further research in the field.

From 1989 to 2003 Krasil'shchik worked at the Moscow Institute for Municipal Economy, first as senior lecturer and later as professor. After he obtained the Doctor of Science degree in Physics and Mathematics at the Moscow State University, 1997 he also took a position of the full professor at the Independent University of Moscow and still holds it.

It was a period of a great scientific activity. The publications by Krasil'shchik treats such topics as cohomology background in geometry of PDE, deformations and integrable systems, Bäcklund transformations, the connection between integrability and supersymmetry, etc. He was invited to short-time visiting positions at University of Tromso, Norway; University of Twente, the Netherlands; Erwin Schrodinger Inst. for Math. Physics, Austria; University of Seville, Spain; the Lille University, France; Bar-Ilan University, Israel; Universities of Florence, Salerno, and Lecce, Italy, etc. He took part (as a plenary lecturer) in numerous conferences around the world; coauthored five monographs in a collaboration with A.V. Bocharov, V.N. Chetverikov, S.V. Duzhin, N.G. Khor'kova, P.H.M Kersten, V.V. Lychagin, A.V. Samokhin, Yu.N.Torkhov, A.M. Verbovetsky, A.M. Vinogradov.

In 2004–2007 Krasil'shchik had a position of a full professor at the Moscow State Technical University of Civil Aviation. Since 2007 he is a full professor at the Russian State University for the Humanities. In 2007 he also had a short-time visiting positions at University of Angers, France. In this period Krasil'shchik’s research concentrates mainly on Hamiltonian and symplectic structures, recursions, and hierarchies. The specter of application includes KdV-mKdV system, dispersionless Boussinesq type equation, Monge-Ampère equation, supersymmetric KdV equation, Camassa-Holm equation, etc. Overall, the list of his papers include more than 70 papers.

In recent years, Krasil'shchik undertook a project to extend these results to (non)local Hamiltonian and symplectic operators. He carries out this project in collaboration, by now, with V. Golovko, S. Igonin, P. Kersten, A. Verbovetsky, and R. Vitolo.

Outside mathematics he is a passionate angler. His other hobbies are extreme water tourism in wilderness of Siberia, Polar Urals, etc., and also classical music and jazz. His family life is a source of lasting happiness.

We, friends and colleagues of Joseph Semenovich Krasil'shchik wish him good health, happiness and new trophies: in fishing and mathematics.

Zh. Pommare, Sistemy uravnenii s chastnymi proizvodnymi i psevdogruppy Li, Mir, Moscow, 1983 (Russian), Translated from the English by A. V. Bocharov, M. M. Vinogradov and I. S. Krasil'shchik, Translation edited and with a preface and an appendix by A. M. Vinogradov.

P. H. M. Kersten and I. S. Krasil'shchik (eds.), Geometric and algebraic structures in differential equations, Kluwer, 1995, Papers from the Workshop on Algebra and Geometry of Differential Equations held in Enschede, 1993, Reprint of Acta Appl. Math. 41 (1995), no. 1-3.

B. P. Komrakov, I. S. Krasil'shchik, G. L. Litvinov, and A. B. Sossinsky (eds.), Lie groups and Lie algebras. Their representations, generalisations and applications, Mathematics and its Applications, vol. 433, Kluwer, 1998.

Papers and other publications

I. S. Krasil'shchik, An algebraic model for characteristics of differential equations, ESI Preprint 48 (1993).

P. H. M. Kersten, I. Krasil'shchik, and A. Verbovetsky, The Monge-Ampère equation: Hamiltonian and symplectic structures, recursions, and hierarchies, Memorandum of the Twente University 1727 (2004).

V. Golovko, P. Kersten, I. Krasil'shchik, and A. Verbovetsky, On integrability of the Camassa-Holm equation and its invariants, Acta Appl. Math. 101 (2008).

On the occasion of his 85th birthday and 65 years of scientific activity.

One of the great contemporary geometers, Professor, Dr. Maks Aizikovich
Akivis celebrated his 85th birthday and 65 years of scientific activity on January 5, 2008. On this occasion we want to honor the continuing scholarly productivity of Akivis whose scientific activity prior to 1993 and through 1998 was recognized in articles Maks Aizikovich Akivis published in Uspekhi Mat. Nauk 48 (1993), no. 3 (291), 213–216; in Webs and Quasigroups, 1993, pp. 4–8; and in Webs and Quasigroups, 1998/1999, pp. 7–11. In the last publication, a complete list of Akivis’ publications prior to 1999 and the list of Ph. D. theses written under his supervision were published.

Maks Aizikovich Akivis was born on January 5, 1923 in Novosibirsk, USSR.
While he was in high school, he demonstrated outstanding mathematical talent and ability. In 1940 he entered the Faculty of Mechanics and Mathematics of Moscow State University. During the Great Patriotic War (WWII) his studies were interrupted from 1942 to 1945 while he served in the Soviet Army and participated in the liberation of Prague and the capture of Berlin. For his patriotic service he was awarded many orders and medals.
After WWII he resumed his studies at Moscow State University. However,
he was not able to graduate normally: he was expelled when he was a fifth
year student for “ideological reasons”. These “ideological reasons” also kept
Akivis, one of the best students of the Faculty of Mechanics and Mathematics,
from becoming a graduate student of Moscow State University. Not until 1958 was he able to defend his Ph. D. thesis which summarized the results of his undergraduate work. In 1964 Akivis defended a second (Doctor of Science) dissertation, and one year later, in 1965 he became a full professor.
Professor I. M. Gelfand, who taught at Moscow State University in the 1940s,
recalls: “M. A. Akivis and E. B. Dynkin were my best students at Moscow
State University in the 1940s. Akivis choose Differential Geometry as his field
of research. Unfortunately, the end of his career as a student was darkened
by the conditions in the Soviet Union at that time, and he could not pursue
the normal graduate studies. However, he was able to overcome all difficulties and became one of the best scientists of his generation in the area of classical differential geometry.”
From 1956 to 1960 Akivis taught at the Tula Mechanical Institute, and from
1960 to 1994 he was a Professor in the Department of Mathematics at Moscow Institute of Steel and Alloys.

Since 1948 Akivis published more than 150 scientific books and papers. His results in multidimensional projective and conformal differential geometry, in web theory and in the theory of differential geometric structures are fundamental. Many of these results are classical and are cited in numerous papers.

The first Akivis papers were devoted to the T-pairs of complexes (three-parameter families) of straight lines in a three-dimensional projective space.

His advisor S. P. Finikov suggested that he apply the notion of harmonic intersection of ruled surfaces which had been introduced by  E. Cartan to the theory of congruences (two-parameter families) of straight lines of a three-dimensional projective space. Akivis solved this problem brilliantly: he found a new geometric property of the T-pairs of congruences introduced by Finikov and extended his results to the pairs of complexes of straight lines. As he showed, the T-pairs of complexes of straight lines he discovered are transferred by the Plücker mapping into a configuration of a five-dimensional projective space consisting of a tangentially degenerate two-dimensional submanifold and a three-dimensional submanifold carrying a net of conjugate lines. In the 1950s and 1960s Akivis devoted a series of papers to the projective theory of submanifolds of the type indicated above. As a result, he created a new area of projective differential geometry which continues to be developed successfully to this day.